This past weekend was absolutely perfect for leaf peeping. Friday, Saturday, and Sunday were sunny and mild throughout the North East Kingdom of Vermont.  However,  there was a lot of fog first thing in the morning that made it difficult for landscape shots. Today,  Monday,  was mostly cloudy, but with no wind. So I headed over to Job’s Pond for a reflection photo that I was hoping to get all weekend, but it was just to windy. Here’s a few photographs from the past few days. As you can see, it’s at or near peek color. 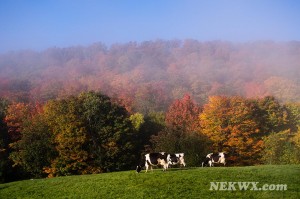 Cows on a foggy morning in the NEK of VT 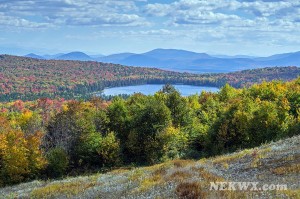 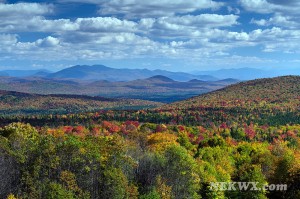 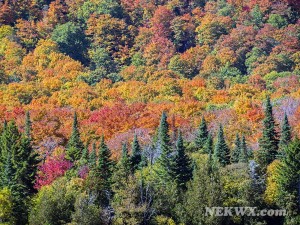 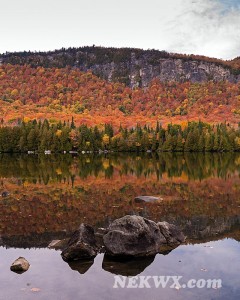 The fall foliage is really starting to pop here in the North East Kingdom of Vermont.  I would guess that it will be closer to peek this coming weekend than it will be on the following weekend.  Even the lower elevations are starting to get some good color. Today I headed out to the Lewis pond Overlook which is located in the Silvio O. Conte National Fish and Wildlife Refuge Nulhegan Basin. I accessed the area off from Henshaw Rd, in Island Pond. 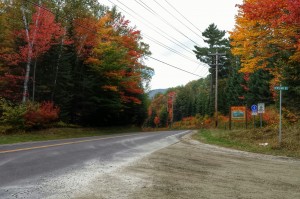 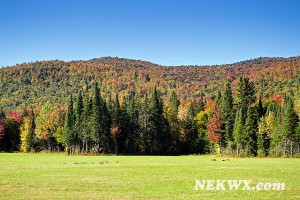 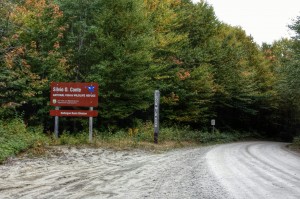 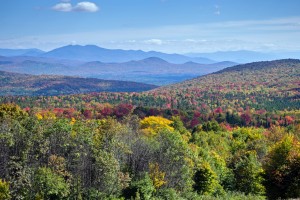 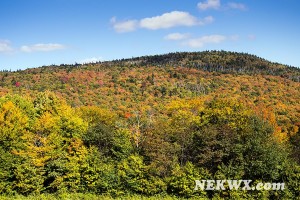 Another photograph from the Lewis Pond Overlook

Five frame panoramic photograph from the overlook with Lewis Pond on the right.

Here is a time-lapse video of the ride out to the overlook with the Gopro mounted to the dash of the car. The camera took a photo every 2 seconds. The images were then edited together in the free software provided by GoPro. I slowed it down from the last one i posted the other day. Hopefully it will give you a better idea as to how the foliage is doing in the area. The video starts off on Rte 105 in Island Pond and ends at the parking area for the overlook.

I took another trip up to Jobs Pond today to see how the foliage was coming along. The mountains around the pond were coming along well. 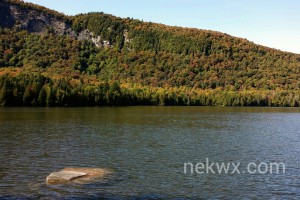 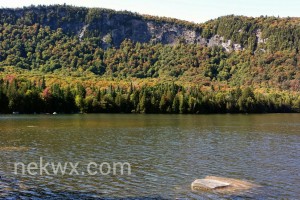 After that I decided to go over through Newark and check on Bald Hill Pond. I found nice color there for this early in the season. Here’s a panoramic photo I took while there.

I also mounted the GoPro to my dash and made a time lapse video of the ride from Island Pond to Jobs Pond and then on to Bald Hill Pond, and then back to Island Pond. As you can see in the video, there is still a lot of green in the lower elevations of the NEK. As you go up there is more color, especially on the mountains around the ponds.