What a difference a year can make in the foliage department. Looking back at this post from September 24, 2014 shows how  much more color development we had here in the Northeast Kingdom of Vermont last year than we have on the same date this season. I’m sure the above normal temperatures that we’ve had for most of September have contributed to the foliage being behind schedule. We just had our first really cool morning of the season on 9/21 when the temperature dropped to 33.7° here in Island Pond. 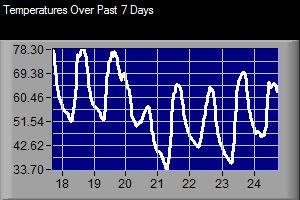 Temperatures over the past week in Island Pond, VT

Even though I haven’t seen much color around the Island Pond area I thought I would take a drive today and see if I could find some color. 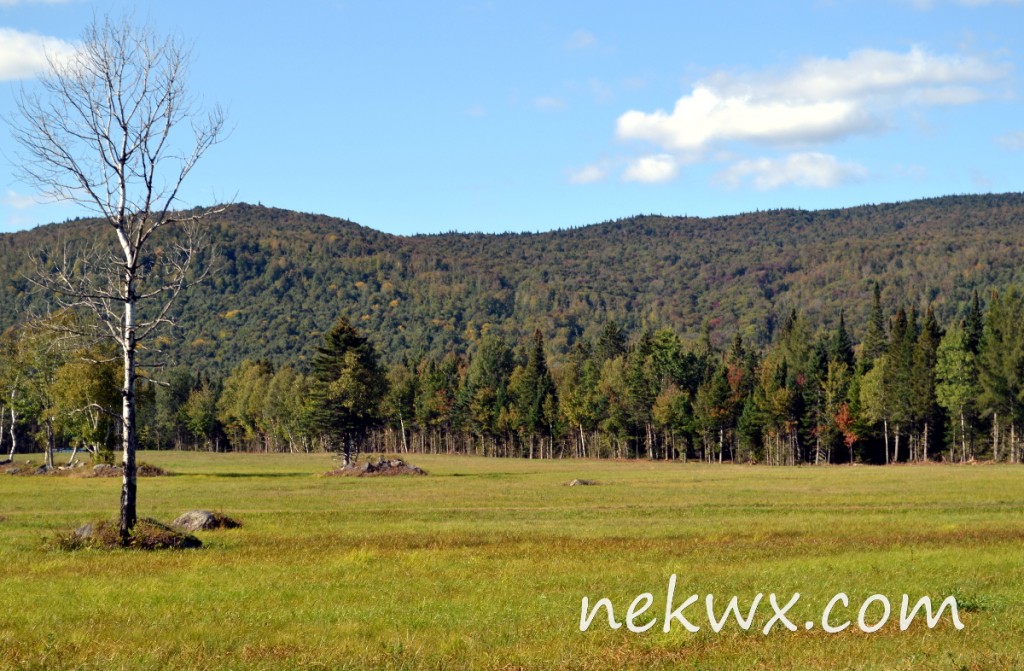 I was able to find spotty color in places, but not the big vistas with great color. 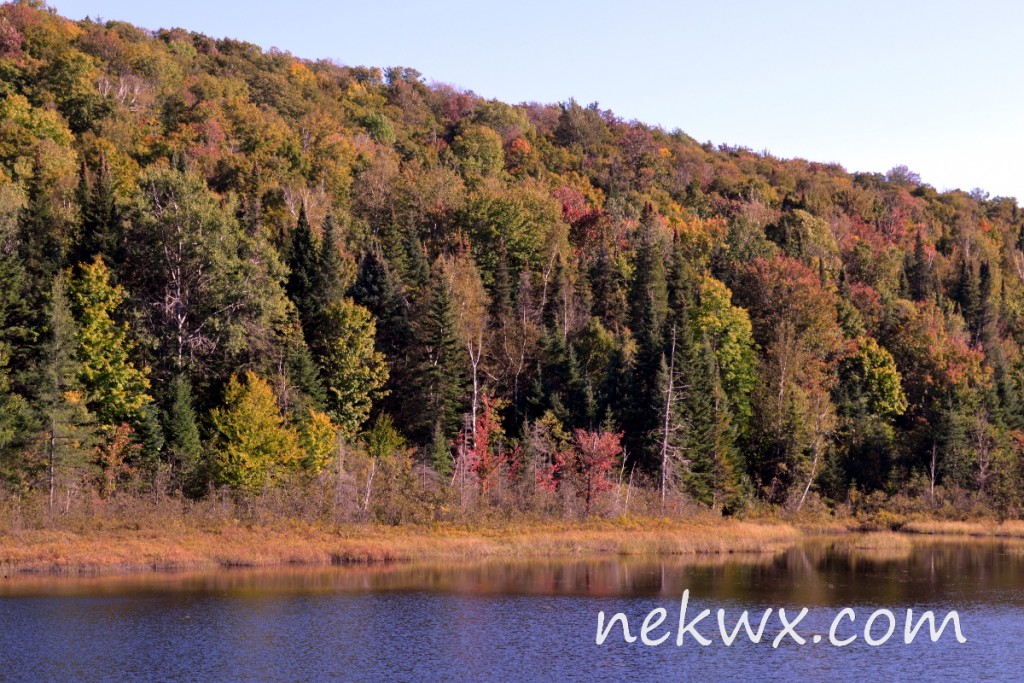 A little color beside Rte 114 between Island Pond and Norton, VT

I continued North on Rte. 114 through Norton and then on to Canaan without seeing much in the way of that brilliant fall foliage that I was looking for. The only hope I had left was to cross the Connecticut River and head to Pittsburg, NH. The colors did get better the further north that I drove. But it still wasn’t anywhere near peak foliage. 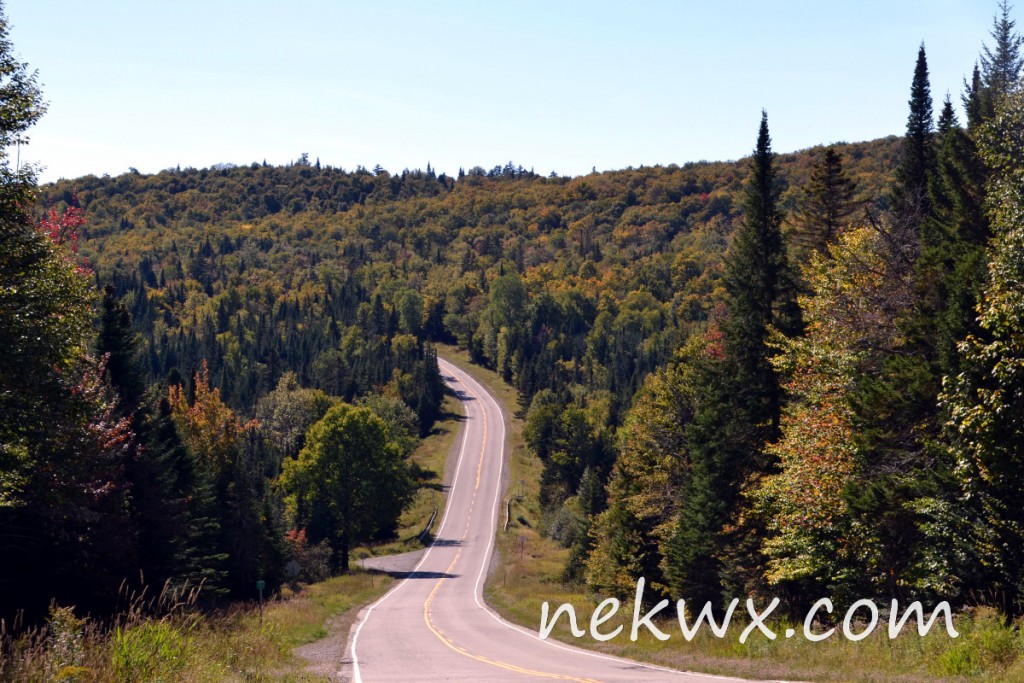 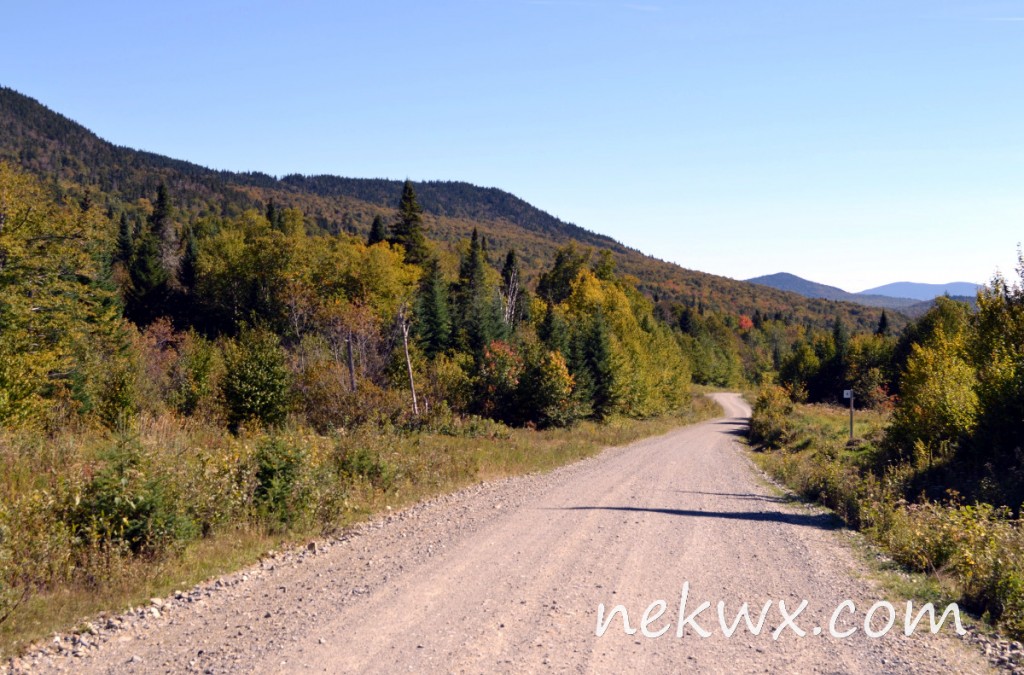 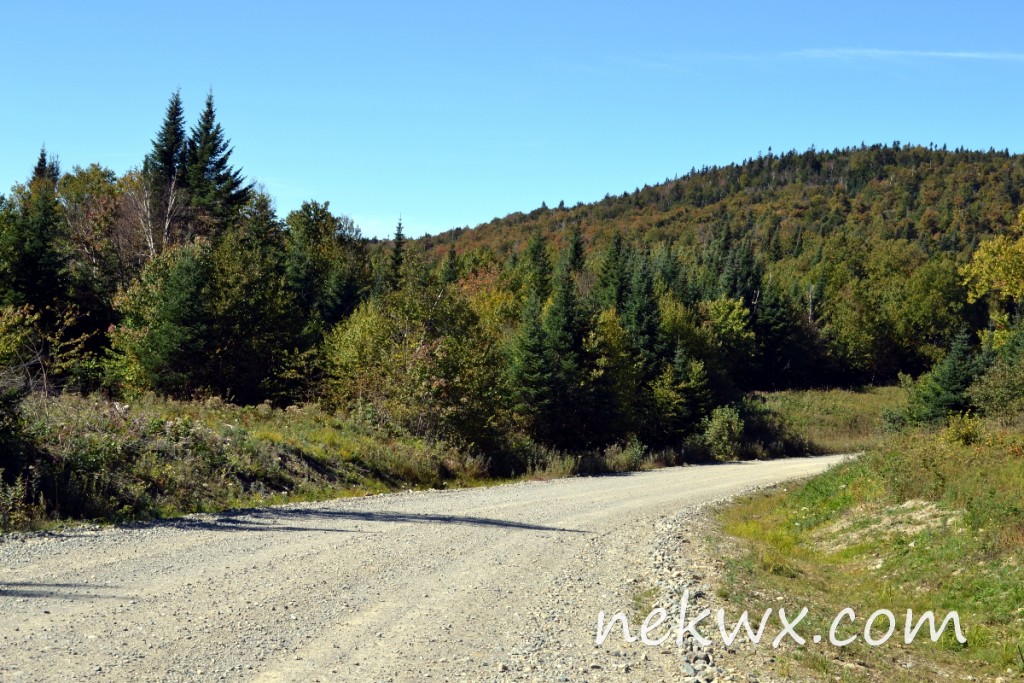 Hopefully the cooler temperatures over the next several nights helps bring on the fall foliage that most of us have been waiting for to arrive here in the NEK of VT. 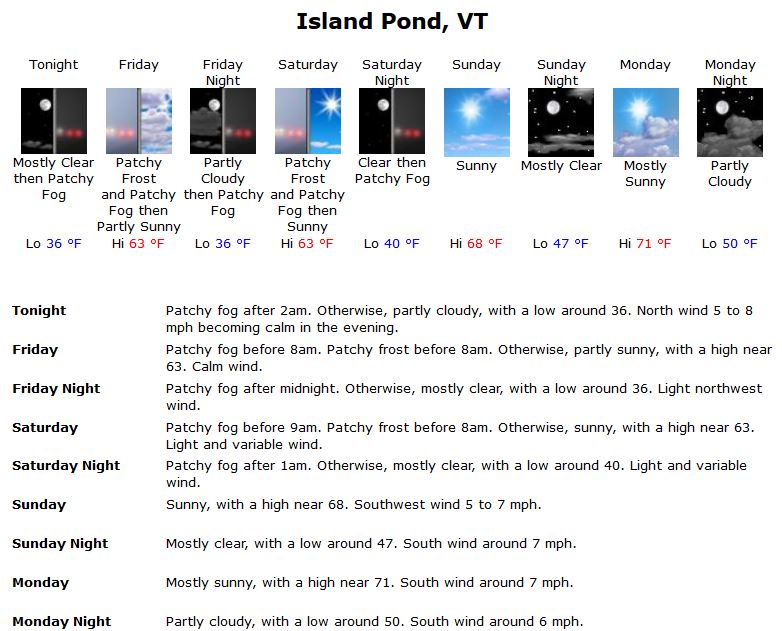 Meteorological Fall starts today even though it feels more like summer here in the Northeast Kingdom of Vermont. The upcoming forecast is calling for more summer like weather right through the upcoming Labor Day Weekend with temperatures running 10-15 degrees above normal. If you haven’t taken in your fill of summer activities you should take advantage of the weather over the next seven days. With us loosing 2-3 minutes of daylight everyday, Fall like weather can’t be far away. 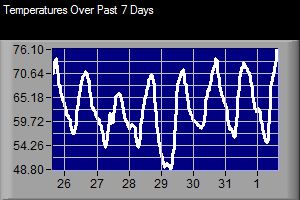 Temperatures have been nice over the past 7 days in Island Pond, VT

Some of the distressed trees are starting to show fall colors. Over the next three to four weeks the NEK will become a leaf peepers paridise. I’ll do my best to post more often this month so I can keep you up to date on the fall foliage progress here in Island Pond, and the rest of the Northeast Kingdom of VT. 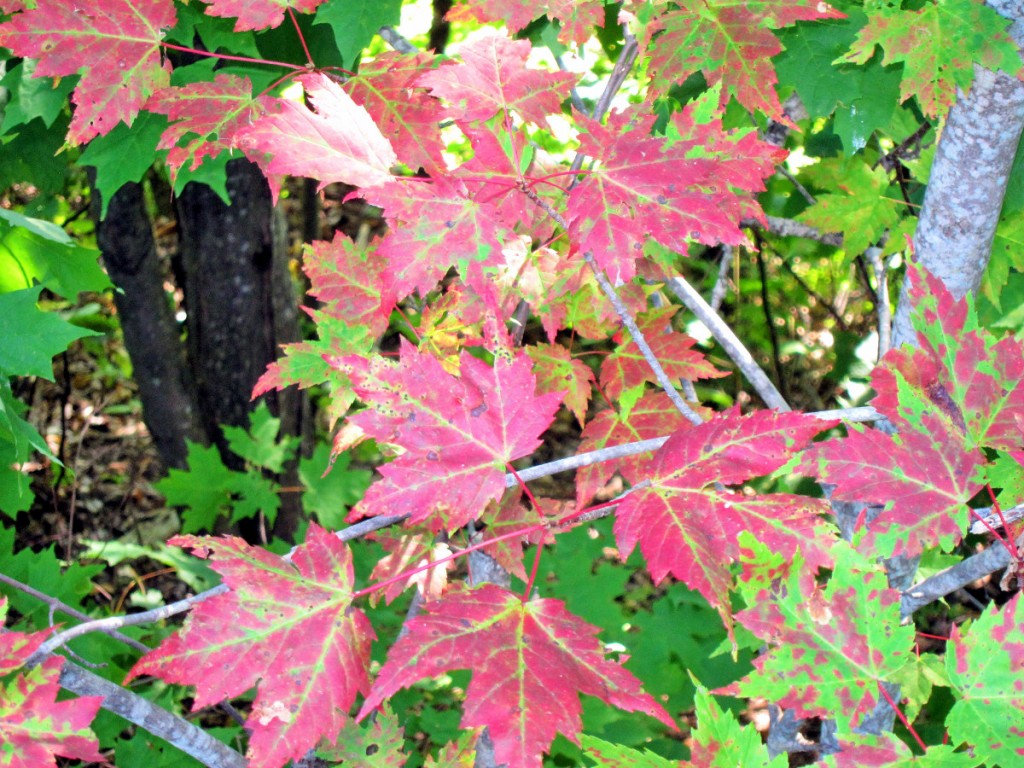